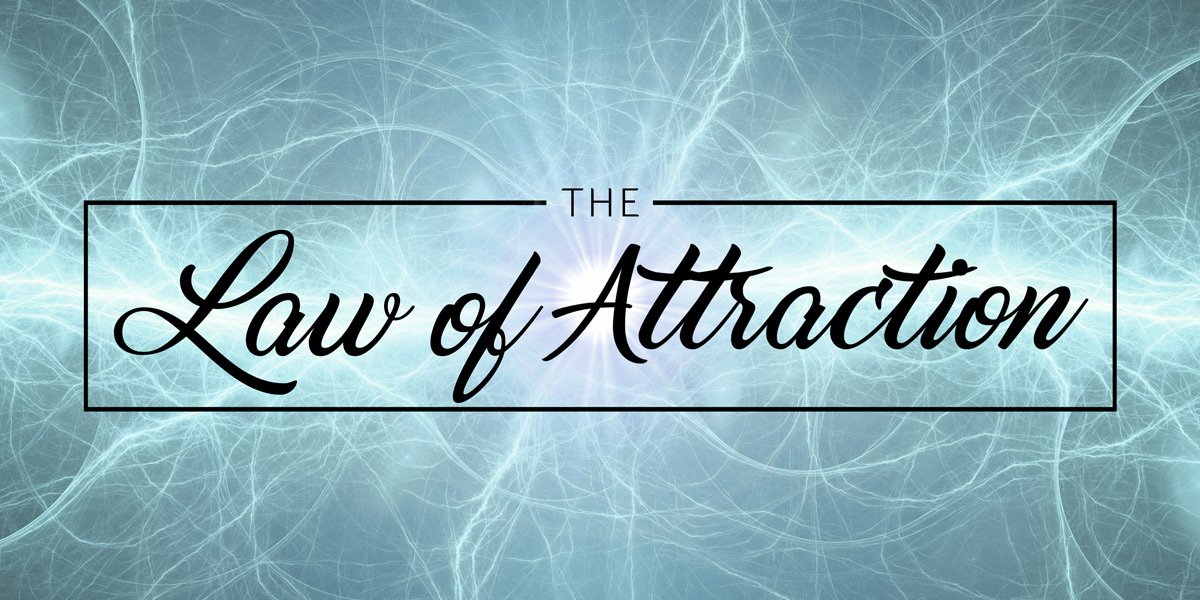 The law of attraction became famous in the 21st century, however, if we read books from the beginning of the 20th century the concept of the law of attraction was already talked about, even long before, only then, it was not overcrowded, as happened a few years ago with the movie "The Secret". Which has attracted a lot of controversies, creating a group of followers and on the other hand people who do not believe in this law? If you decide to keep an open mind and understand the bases of the law of attraction and how it works you can take advantage of it.

And best of all, it really works. Whether you are conscious or not, daily you are attracting to yourself circumstances and events that are in tune with your thoughts.

Now to satisfy your logical side of the brain, to know how this power of attraction works, and because your body acts like a magnet, we can go to the scientific point of view, which tells us that everything that exists, both seen and invisible, emits a vibrating resonance.

The explanation is going to be as simple as possible, without going into quantum physics, and you will wonder what does quantum physics have to do with me? You are energy and quantum physics explains the nature and behavior of matter and energy at the atomic and subatomic levels, the important thing is that you understand the concept of how objects are attracted, and how you have the ability to attract them.

How the Law of Attraction Really Works

The main law behind attraction is the law of vibration, scientists have discovered that everything is in constant vibration, if you take a sheet of paper that seems to be solid and put it under a microscope, you will see moving particles, what which seemed to be solid through your five senses, it is actually a set of moving molecules.

If you put those molecules under a more powerful microscope, you will see that there is a movement within the molecules, and this movement is created by something known to the scientific community as atoms, which if they are broken down and analyzed further, consists of a proton, which is in the center and an electron that constantly orbits around the proton, creating a vibratory pattern. (Energy)

Everything that exists, whether physical (seen) or nonphysical (invisible), contains some variation of atoms and subatomic particles. The variable amounts of each of these sets, form various forms or energies that determine the frequency or speed of vibration.

Regardless of its shape, what scientists have discovered is that by dividing an object into its most basic structure, (any object from a wall, the plate you eat from, your body and the earth) everything that exists, seen or not, it consists of a rate of vibration. In other words, what you see in physical life is not solid as it appears to be, everything is a vibrant mass of energy. In other words, in its most basic form, everything is energy.

Everything in the world consists of vibration. If the speed of that vibration falls below or rises above a certain intensity, it becomes immeasurable or invisible to the human senses. That doesn't mean it doesn't exist.

To understand the law of attraction, you have to know that each vibration has a resonance, which states that all energy resonates at a specific frequency, allowing only the energy of one frequency to come together. All energy, as we have seen previously, vibrates continuously at a certain frequency and, depending on this emitted frequency, is what the law of attraction uses to determine which energies attract each other.

The job of the Law of Attraction is to attract to you everything that is in harmony with your thinking.

When you understand how it works, you can be sure that what you decide to think will give results, and even if it takes time you will develop confidence and the certainty that you will finally have it physically.

The emotions of fear, apathy, pain, anger, and anxiety emit a very different resonance from the emotions of love, joy, gratitude, etc.

Your individual thoughts, emotions, and beliefs determine the vibration you are in and the frequency you emit, which in turn determines what you attract and experience in life.

In other words, you can't expect to have negative thoughts and attract something positive.

The body is seen with special equipment, can be seen as a mass of energy, this energy is controlled by thought, and the brain is the organ in charge of sending the signal to the entire body so that the vibration is according to the thought. What is known as a mind-body connection? The mind is the cause the body is where the results are seen.

The law of attraction is part of the process of creation, we are creative beings, we are constantly creating for better and for worse, just look around, everything that the human being has started in thought is the origin of everything.

« Patent Your Idea - Protect An Idea And … How Should I Apply For A Patent? »
Profile